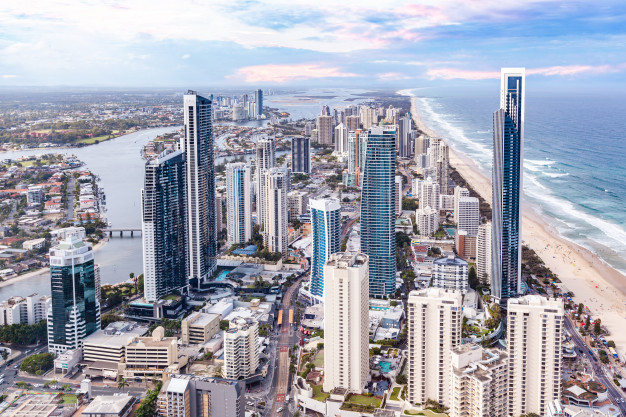 As many as 56,000 international students and 24,000 backpackers are expected to take advantage of a visa fee refund scheme in the coming months, as part of a federal government bid to lure them back to Australia to help revive the economy and plug critical worker shortages.

Overseas students and backpackers who arrive in Australia will be able to apply for the rebate scheme from Wednesday, which will be worth $630 for students and run for eight weeks and worth $495 for working holidaymakers, running for twelve weeks.

Announcing the measure on January 19, Prime Minister Scott Morrison pitched the scheme as a “thank you” to students for coming back and “continuing to choose Australia”, and called for backpackers to “come on down”.

“But we also want them to come here and be able to fill some of these critical workforce shortages, particularly those who are working and being trained in healthcare, aged care, those types of sectors, that will be incredibly helpful,” Mr Morrison said.

Mr Morrison’s appeal for students and backpackers to return stands in stark contrast to his messaging during the outbreak of the pandemic when he indicated visa-holders should return home if they could not financially support themselves.

University leaders and education lobby groups have been critical that the federal government had not done more to hasten the return of international students during the pandemic, repeatedly warning that Australia would lose market share in the lucrative sector to competitors such as the UK and Canada, which moved more quickly to allow their return.

Phil Honeywood, chief executive of the International Education Association of Australia, said the beleaguered sector was happy with any incentives it could get after a tough two years, but the combination of later border openings, lack of flights and Omicron hesitancy were hampering enrolments for semester one.

“Questions are also being asked by students as to whether this change of policy is just motivated by the need to backfill Australia’s labour force rather than genuine support for student welfare,” Mr Honeywood said.

The Group of Eight universities lobby group said the fee rebate may not be enough to allay the concerns of some students due to the surge in COVID cases.

“We are starting to see deferrals and cancellations and our universities are receiving a number of enquiries both from new and returning students requesting online study as there are limited flight options available and concerns over our COVID cases,” chief executive Vicki Thomson said.

Treasurer Josh Frydenberg said the rebate scheme was expected to cost $55 million and described it as putting out a “welcome mat” to 1,75,000 visa holders – comprising 150,000 students and 23,500 working holidaymakers who are offshore and already have visas to enter Australia.

The government anticipates the measure will clear the backlog of backpackers as well as entice more to apply, but it projects only about 56,000 students will arrive during the scheme’s eight-week time frame.

Certain classes of visa holders, including overseas students, skilled workers, and working holidaymakers, have been permitted to enter Australia without an exemption since December, providing they are fully vaccinated.

At the urging of employer groups, the federal government has already relaxed rules around the working requirements of student visa holders so that they can work more than 20 hours per week.

Some supplies are running short on supermarkets shelves as the food supply chain is hit by severe workforce shortage ranging from 20 to 50 per cent absenteeism due to COVID-19 infections.

Isolation requirements were relaxed last week for workers in critical industries who are close household contacts of a COVID-19 case to get more people back on the job, but unions have warned of health risks and further disruptions due to a rise in infections.

Labour health spokesman Mark Butler said the visa announcement was designed to distract from the federal government’s failures in dealing with the Omicron outbreak, including procuring enough rapid antigen tests.

“If the Prime Minister and Treasurer wanted to deal with the drastic workforce shortages that lead to empty supermarket shelves, hospitality venues that can’t get staff, how about we have a system of free and widely available rapid tests,” Mr Butler said.

Australian Chamber of Commerce and Industry said businesses were confronting the worst labour and skill shortages in more than three decades, and the visa fee rebates would be critical in filling workforce gaps. Along with the employer association Ai Group, ACCI urged the government to overturn the ongoing ban on overseas tourists and other international travellers.

Mr Morrison said Tourism Australia would be given $3 million to support a marketing campaign aimed at enticing students and backpackers to the country, especially the latter cohort which had been slower to return.

“We want you to come to Australia and enjoy a holiday here in Australia, move all the way around the country, and the same time join our workforce and help us in our agricultural sector, in our hospitality sector, and so many of the other parts of the economy that rely on that labour,” Mr Morrison said.

This article was published first at The Sydney Morning Herald.