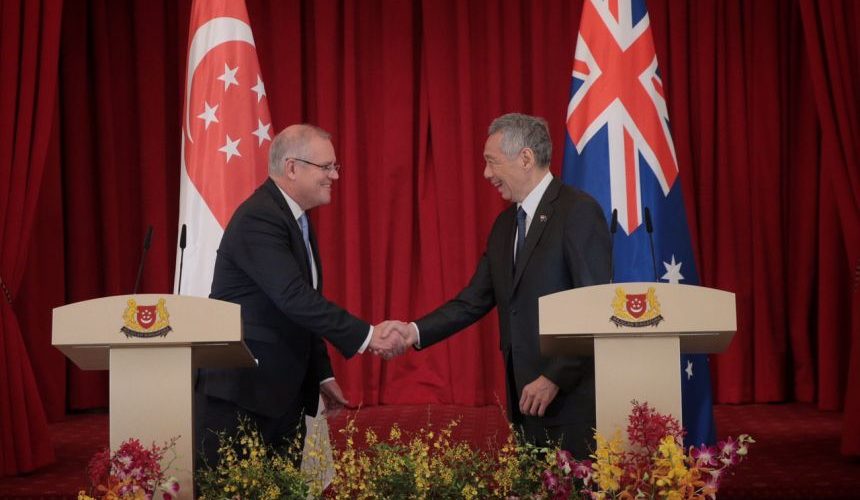 Students to be the first to benefit from the travel bubble, according to Australia and Singapore

Students will be the first group to travel under a bubble agreement to be created between the two nations, according to Australian Prime Minister Scott Morrison and his Singaporean colleague Lee Hsien Loong, with Morrison adding that it will happen “sooner than later.”

Following meetings between the two presidents in Singapore on Thursday, Lee emphasized that students will be the first concern/

Singapore’s Prime Minister Lee Hsien Loong said he and Morrison had discussed “how two-way travel may finally resume in a safe and calibrated manner when both parties are ready.”

Many Singaporeans used to go to Australia for business, vacation, and education before Covid-19, according to Lee. To sustain their tight and good bilateral relationship, they must restore these people-to-people exchanges.

He continues, “We need to prepare the infrastructure and processes to do this, which begins with metal recognition of vaccination certificates, possible in a digital form- which is very likely – and then, once all of the preparations are complete, we can begin small with an air travel bubble to build confidence on both sides.

Morrison stated that Australia had learned from Singapore’s brilliant management of Covid and “that is why I welcome the fact that we will now work together to put the solid infrastructure and systems in place to enable us to open up in a similar way that we have been able to open up to New Zealand from Australia when we are in a position to do it together.”

“There is still some time until we achieve that milestone,” the Australian prime minister said, “but nothing is stopping us, as we discussed today, from getting on with the task of putting procedures in place that would enable such a bubble to develop between Singapore and Australia,”

Students would be the first group of Singaporeans to visit Australia, according to Morrison. The start date for the bubble, according to Lee, will be determined by vaccination and transmission rates in the two nations. “I believe that after the bulk of the population has been vaccinated, it will be a lot simpler for us to consider these opportunities.”

Singapore offered a travel bubble in October, but discussions were put on hold as Australia finalized quarantine-free travel with New Zealand and the Commonwealth pushed to expand interstate travel.

According to figures from Universities Australia, the higher education sector lost more than 17,000 employment during the pandemic, resulting in a $1.8 billion revenue loss in 2020. In 2021, the industry is expected to lose another $2 billion.

The leaders praised the two nations’ cooperative military training arrangements, and Morrison “reaffirmed Australia’s commitment to growing its defense presence in the area.”

Amid a growing focus on the security implications of China’s growth, Australia’s prime minister will meet with US President Joe Biden for the first time at the G7 summit. Morrison sees the G7 as a critical chance for Australia to maintain the great powers’ attention on the rising tensions in the Indo-Pacific.

To know more about how Australia recently allowed international students to return, click the link below: