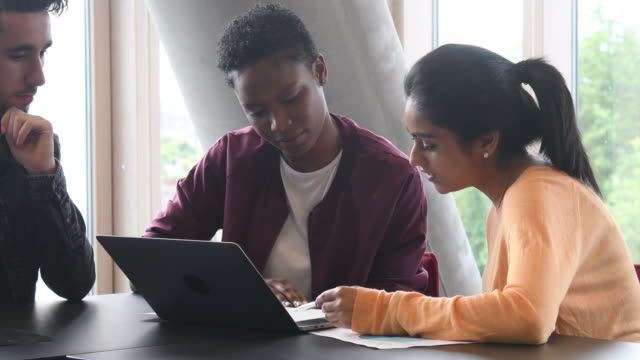 Canadian Universities Rolls Out Courses On “Black Studies”, More Courses In The Pipeline

In the Fall semester of 2022, Ryerson University will offer a new Black studies minor, as well as other similar programs, which are in progress across the country, trying to fill what scholars call a long-standing course content loophole at Canadian universities.

A successful strategy launched in 2016 at Dalhousie University signalled the beginning of a new era in higher education institutions. However, scholars and academics in the field of Black studies claim that this new wave has been in the works for quite some time.

According to all accounts, students have been leading the charge for Black studies curricula at Canadian universities for years, with faculty support. “I’m happy, but I’m not grateful. Let me put it that way,” said Afua Cooper, a Black studies professor at Dalhousie University.

“Because if it took white society and academia so long to recognize that, you know, the Black experience is…worthy of scholarly inquiry, then I’m kind of like, “Hmm!” The push is “coming from Black students who are having an increased access to post-secondary education, something which many people take for granted as a result of systemic barriers and racism,” said Melanie Knight, an Associate Professor in the Department of Sociology at Ryerson University.

“Our classrooms were not made up largely of Black students. The new Black studies minor at the university is interdisciplinary, combining courses from various departments and schools within one program — with more to come as the course content expands.

These initiatives took time because the school concentrated on hiring Black faculty to teach relevant courses. “It would be odd to have it housed in one department,” said Knight, who was part of a working group that included professors Cheryl Thompson and Anne-Marie Lee-Loy.

“That wouldn’t actually speak to the history and the lived realities [of Black people].” Canadian scholar Charmaine Nelson wrote in her 2010 book Ebony Roots, Northern Soil: Perspectives on Blackness in Canada that the field of Black studies in Canada was lacking in comparison to its American counterpart.

With this in mind, a substantial number of Canadian universities, led by Black scholars, students, and faculty, have implemented effectively processes and policies in Black studies, Black Canadian studies, and Black diaspora studies in recent years.

A fifth-year student at Ryerson University — which he refers to as X University due to Egerton Ryerson’s engagement with residential schools — has expressed a desire for courses to be taught by a diversified group of Black faculty members. “If the Black studies minor is only taught by Black cis-gender, neuro-typical and/or non-disabled folks, then it is incomplete and lacking much-needed perspectives,” Asoh said.

The pursuit of Black studies, according to Knight, is a potential beginning for this cohort of learners. “Many students have gone through these educational systems not having had this. Most, including myself,” Knight said. “And I think you get discouraged coming out of it.” Four Canadian universities have declared Black studies programs in the last five years, with at least two more in the works.

The York University is offering a certificate in Black Canadian studies, which can be pursued separately or in collaboration with an undergraduate degree. According to the program coordinator, since the program’s inception in October 2018, it has graduated seven students and currently has 46 students enrolled.

Dalhousie University introduced its Black African Diaspora minor two years ago in 2016, enabling students to focus on history, culture, and sociology courses about Black people in Canada as well as the African diaspora.

Cooper noted that for decades, several Canadian universities have offered individual courses on various aspects of the Black experience. “But there was nothing that was called Black studies,” she said. “Nothing that was put together in a comprehensive way. What’s unique here is that for the first time, there’s an umbrella. It’s called Black studies. You can come, you can do a minor, you will be able to do a major, you will be able to do a degree program in Black studies. That is the difference.”

A national professional in the area of Black studies, Cooper, has experience in teaching Black Ontario and African Canadian history at the University of Toronto in the mid-1990s. She stated that over the last 30 years, concerted efforts have been made to consolidate Black studies knowledge within the Canadian academic programs.

However, political and cultural developments in the last five years, particularly the murder of George Floyd in the context of the larger Black Lives Matter movement, have pushed academic institutions in a new direction. Dalhousie announced in March that the curriculum would be expanded into a major.

The Queen’s program, which was originally slated for fall 2021 but has now been pushed back to next year, has been in the works since 2014-15, according to Katherine McKittrick, a professor in the Department of Gender Studies and a key player in the action plan.

The program’s course of study as “incredibly diverse,” describes McKittrick, citing coursework on Black histories, Black and Caribbean literature, and Southern African ecologies as just a few of the minor’s offerings. Some courses are centred on Black and Indigenous collaborations, while others are centred on anti-racism. Despite the fact that the formal plans date back a few years, McKittrick stated that these attempts are vital but not novel.