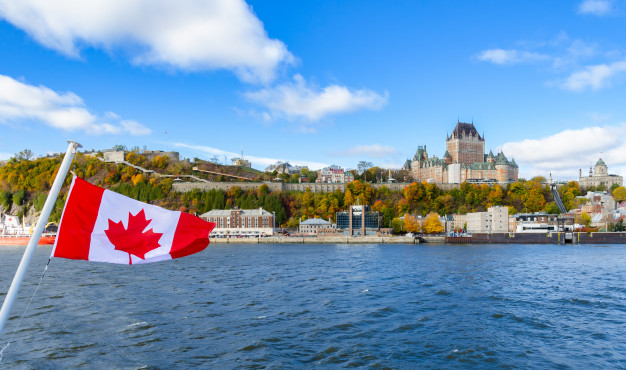 As the flood of globalization has pushed more people to Vancouver so has the diversity of food being offered to the local residents.

Research published in the journal ‘Appetite’ investigates the phenomena.

It looked at the diets of Vancouver’s two major population groups, Chinese Canadians and European Canadians, aged between 19 to 70, some of whom were born outside of Canada and others whose families had significant roots in the country. “Our major finding was a trend of diversification on both sides of the spectrum,” said Colin Dring, a UBC researcher and co-author of the study.

Although the number of residents surveyed was modest, however, researchers found a majority had indulged in new cultural cuisines. Thirteen of the 16 respondents polled said they were expanding their diets since food was readily available in their neighbourhood. Seven claimed that their decision was influenced by recommendations from friends or relatives.

Significant factors were identified as the introduction of ethnic food shops and restaurants in areas of the city where these foods were previously unavailable, as well as the increased availability of ethnic foods in ‘mainstream’ retailers. “One of my best friends from elementary school, she’s from Korea. I actually got introduced to Korean food at her house,” said a resident of European descent in her 30s.

Although it was normal to try new cuisines, how those new meals were incorporated into daily diet differed from person to person. Some residents stated that they only ate new dishes in restaurants, while others stated that they began making them at home. “For our family, we eat a whole variety of cultural-influenced foods, but it’s not something that’s homemade. And that’s just a time constraint,” said a European Canadian in her 40s.

Everyone who took part in the Vancouver survey said that youth of today in their families were more ready to try new foods and ate a more varied diet. “A couple of years ago, my mother tried pizza for the first time and that was a bit of a struggle for her,” said a Chinese Canadian resident in her 40s. “It’s cheesy, and that’s not a flavour she can wrap around her head. She’ll prefer to stick with the soups and tofu, stuff she’s familiar with.”

According to the findings, older generations frequently urged younger family members to become acclimated to western meals. “Pressuring loved ones to adopt Canada’s cultivated food identity can be a coping mechanism,” said Dring. “They want to see their family integrated into society.”

However, Chinese Canadian study participants who embraced western diets voiced regret for not learning how to prepare traditional Chinese cuisine. Kevin Huang, 36, who moved from Taiwan to West Vancouver with his family when he was seven years old, was not surprised by the findings. He remembers the first time he asked his mother to make sandwiches instead of fried rice for his school lunch. Huang stated that his mother, who prepared three traditional Chinese meals a day, directed him away from the kitchen and toward studying to earn good marks when he was growing up. When

“Being there made me realize how much of my own culture I was condemning and ignoring,” Huang explained. “I was able to spend time with my family. When I returned to Vancouver, I resolved to reconnect.”

Huang established the Hua Foundation in 2013, a non-profit dedicated to addressing food insecurity among Vancouver’s varied demographics. Some of the organization’s activities provide seniors with culturally appropriate diets and traditional cooking training for second-generation Chinese Canadians. “I was influenced by my mom,” Huang said. “Everything she cooks tastes like home. I’ve come to realize that food is beyond science, there’s an emotional and social part just as critical.”

Huang has learned to cook most of his mother’s traditional Taiwanese cuisine through trial and error since then. Huang and his parents made a turkey with Asian ingredients, including soy sauce flavouring, for Thanksgiving this year, which was a rare occurrence.

“Food is an accessible way to access the joy of my culture,” he said. “I cook and eat exclusively Asian dishes at home now.” Dring, who comes from a Chinese background, felt a similar urge to conform his eating habits to those of his Canadian classmates. “There were moments when I would bring Chinese food to school and someone would make a negative comment about the smell,” Huang said about growing up in Richmond in the 1980s.

Restaurants of many kinds, including Hungarian, Italian, Korean, and Chinese, have sprung up in Richmond as a result of rising immigration. “It’s likely cities across Canada have similar diverse food environments with both newcomers and longtime residents exposed to and incorporating the new cuisines,” Dring said. Dring, like Huang, still loves to prepare his culture’s traditional cuisine.