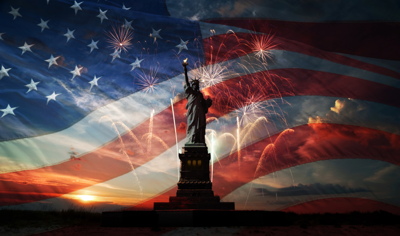 The US Department of State has issued several more ‘Do Not Travel’ travel advisories in its latest round of travel advisory updates. Nine countries were handed the strictest level of travel warning in the updates on December 23.

A few more countries were handed Level 2 and Level 3 travel warnings, as the US works hard to keep its citizens informed and safe from harm on their travels throughout this festive holiday season.

One country was handed a Level 1 travel advisory but, with the way that restrictions around the world are beginning to worsen, travellers may be better off considering domestic trips instead.

Here’s a closer look at which countries American travellers have been advised not to travel to, plus a recap of what the travel advisory warning system is and whether or not travellers should pay much notice to its warnings.

New ‘Do Not Travel’ Warnings – Information For Travelers

The State Department’s travel advisory warning notices serve as a way to keep American travellers informed of what issues they may encounter when travelling abroad. The system sees countries designated with one of four travel warning levels – Level 1 to Level 4 – that represent different threat levels travellers may encounter. Level 4 warnings are the most severe, and warn travellers not to travel to a destination – whilst Level 1 warnings are the least severe.

The updates are posted as regularly as they need to be, with a range of different sources such as intelligence and crime statistics playing their part in determining what warning level a country may be given.

In yesterday’s update, nine countries were handed the most severe Level 4 warnings, with five additional countries receiving Level 3 updates, two being given a Level 2 warning level update and just the one Level 1 update.

As is to be expected, the prevalence of Covid-19 is a major factor in the designation as a Level 4 country for these destinations, but it is not the sole reason. Sudan, Spain, Lebanon and Chad’s pages warn of threats such as terrorism, whilst crime is also mentioned in the advisory pages of several of these countries.

The countries with updated Level 3 travel advisory warnings are Saint Vincent and the Grenadines, Peru, Japan, Honduras and Albania. For Saint Vincent and the Grenadines and Japan, Covid-19 is the sole factor, whilst the pages of Peru, Honduras and Albania warn of the threat of both Covid-19 and crime in the country. Travellers heading to Level 3 destinations are advised to reconsider travel.

The remainder of yesterday’s travel advisory updates applied to countries that had been awarded Level 1 and Level 2 warnings, meaning they are amongst the safest international destinations for American travellers at present. Receiving Level 2 updates were the Bahamas, Grenada and Comoros, whilst Fiji received a Level 1 travel advisory update.

Whilst travellers should be aware of the problems they may encounter in other countries and should heed the advice of the travel advisory system, they are not legally obligated to follow their recommendations.

Despite being warned not to travel to a Level 4 country, travellers are still very much able to do so if they wish. With the spread of Omicron picking up pace, travellers heading anywhere abroad should ensure they have a robust travel insurance policy to keep them covered.

Disclaimer: Current travel rules and restrictions can change without notice. Contact your consulate and/or local authorities to confirm your nationality’s entry and/or any changes to travel requirements before travelling.