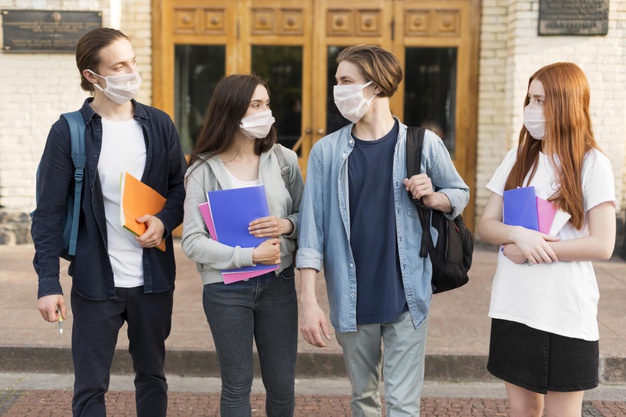 Why Ukraine Is A Study Destination For Indian Medical Students?

Ukraine has seen a tremendous increase in the number of international students over the last two decades and has emerged as a significant lure for students from India.

According to Ukrainian government estimates, India sends the most overseas students to Ukraine of any country. Ukraine is one of the most popular study abroad locations for Indians.

As the conflict between Russian and Ukrainian forces continues, it is estimated that 14,000 Indians, including a considerable number of students, are stranded in the war-torn country. Meanwhile, as the first signs of the impending war approached on February 15, around 4,000 Indians were evacuated through Romania and returned home.

There are several lakhs of medical aspirants in India, but only a lakh medical seats are available. Following Russia’s invasion of Ukraine, thousands of Indian students have been caught in the crossfire, and a fourth-year medical student from Karnataka was killed in shelling in Kharkiv city.

Many people are surprised that so many Indians are studying in Ukraine. However, this is not a new trend. Annually, a large number of Indian students, particularly medical students, travel to countries such as Ukraine, Armenia, Russia, and China to pursue undergraduate medical education.

They visit these locations despite the fact that an international medical degree will not grant them the right to treat patients in India unless they pass the difficult Foreign Medical Graduates Exam (FMGE) administered by the National Board of Examinations in Medical Sciences (NBEMS).

Furthermore, there is a significant discrepancy between the reasonable rates charged by government medical colleges and the costly costs charged by private medical colleges. Although the former charges only a few thousand rupees each year, the latter charges anywhere from millions to crores of rupees because there is no cost cap.

Most medical institutions in China have 450-500 seats, but each Indian medical college can only accommodate 150-200 students every year.

According to reports, the bulk of Indian students in Ukraine studying medicine is enormously high. Ukraine has the fourth-highest number of graduate and post-graduate medical specializations in Europe.

Several of Ukraine’s state-run universities are well-known for delivering superior education, and it is claimed that Indian parents would rather send their children to these institutions than pay a significant sum to enrol their children in a lesser-known private medical college in India.

As per Quartz India, Ukrainian medical colleges are a benefit for students that are unable to get places at government institutes or afford expensive fees charged by private Indian institutions. Universities in Ukraine are less expensive – MBBS fees in Ukraine range from $3,500 to $5000 per year (about Rs 2.65 lakh to Rs 3.8 lakh), making it affordable for Indian students.

An Indian student attending a private medical college in India can expect to pay anywhere between Rs 50 lakh and Rs 1 crore. In comparison, a student in Ukraine pursuing a six-year medical degree will only need to pay a fraction of that. Also with low tuition rates, Ukraine provides a variety of privileges such as low-cost accommodation and food.

In the middle of this turmoil, Indian Prime Minister Narendra Modi requested private players to assist the medical school system in boosting the number of medical seats so that students do not have to leave the nation to pursue medicine in his post-Budget Health Ministry session on February 27.

The Indian Government is attempting to schedule evacuation flights from neighbouring countries for Indians who are stranded in Ukraine.