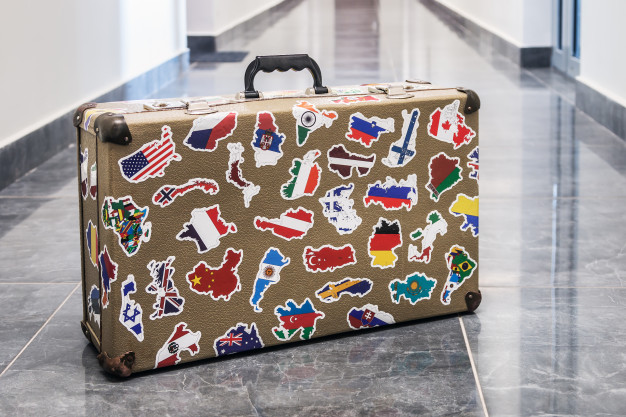 Tipping Culture Around The World — What You Will Have To Pay In The US, Japan, UAE, Europe?

Holidaymakers can be blindsided when it comes to tipping culture in different tourist hotspots. Here’s what you should expect to pay as a gratuity in Europe, the US, Japan, China, UAE and more

Now that we’re all thinking about jetting off on holiday since restrictions have been waved there’s a lot to think about. Whether you’re worried about the price of a meal out or trying to find a bargain flight there are lots of ways to save money on your holidays.

But, no matter what our intentions there’s one part of international travel that we Brits sometimes forget about. And, our wallets can be harmed by the oversight.

Tipping is customary in a lot of countries and can really add up over the course of a week, so what rules apply to which countries? Research from car rental experts at StressFreeCarRental.com revealed the typical tipping expectations around the world.

“People travelling abroad don’t want to be caught up in uncomfortable situations when it comes to handling the bill, paying a taxi driver or thanking a hotel worker for their services. To avoid any confusion about how much they should be adding to their bill to cover the tip, we have produced a comprehensive guide to international gratuities.”

A spokesperson for StressFreeCarRental.com said.

Here is the guide to tipping culture across the globe:

Australia: Gratuities are not expected in Australia, but 10% or a rounded up bill is always appreciated by wait staff.

Brazil: Tips should be left in a discreet manner, as Brazilians prefer to be subtle when it comes to the exchange of money. It is customary for Brazilian restaurants to charge diners a 10% service fee. On top of this, 5-10% in cash is always gratefully received by servers.

China: Tipping in mainland China is not expected, in some places, it is even frowned upon. However, some high-end restaurants and heavy tourist spots may become accustomed to receiving small tips.

Croatia: Croatian tipping norms differ depending on the establishment. It is customary for change to be left at bars, 3-5% to be given at casual eating cafes and restaurants and 10-15% at a higher-end places.

Egypt: It is customary for tourists in Egypt to leave between 5-and 10% as a cash gratuity to the servers.

France: French restaurants, bars and cafes will generally include a service charge in the final bill, so a tip is not expected. However, workers will be grateful for a small tip in return for a great experience.

Germany: Similar to the gratuity customs in the rest of Europe, there is no strong tipping culture in Germany, however servers and drivers will be grateful for a rounded-up bill or a small tip.

India: Tipping is viewed as completely optional in India and would never be expected, however, waiters and waitresses will always be grateful for a small 10% tip when no service fee is charged.

Italy: Although tipping isn’t the norm for locals in Italy, it is appreciated for tourists to round up their bills thanks to servers. Remember to leave the tip in cash so that it goes straight to the server.

Japan: Although it is often perceived as a compliment for staff to receive a tip, workers in Japan will often politely refuse and might even consider the act to be insulting at times. Strict Japanese cultural expectations state that good service should be the norm rather than something to be rewarded.

Netherlands: When good service is received in the Netherlands, locals and tourists will often ask servers to keep the change or they will offer small tips, even though Dutch law requires establishments to include tips in their published prices.

Spain: Many European countries add a service charge to bills, including Spain. Because of this, tipping isn’t expected or customary, however, the offer of gratuity would be viewed as a generous display of appreciation.

Thailand: Tipping is not customary in Thailand, but small gratuities for great service are very appreciated.

UAE: A 10% service charge is required in Emirati cities like Dubai, but staff will expect an additional 15-20% tip to be gifted as a sign of gratuity.

USA: The service industry in the states is renowned for having a very different tipping culture to European countries. As highlighted continuously in the film and TV industry, tips can often make up a significant share of the salary of a service industry employee. Because of this, it is expected that both locals and tourists offer a tip of 15-20% of the final bill to wait for staff, taxi drivers, porters, tour guides and others offering a service.