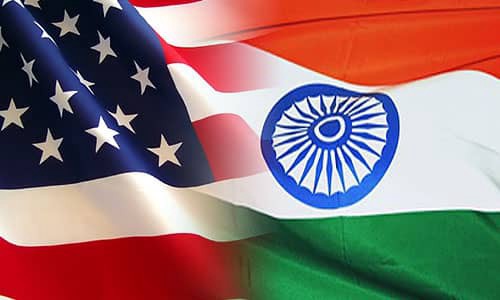 The US business community applauds the cancellation of the planned Duration of Status rule.

The Department of Homeland Security has stated that a Trump-era proposal to abolish the term of status for foreign and exchange students entering the US would be withdrawn.

From September 25, 2020, the proposed regulation change would have limited the amount of time overseas students can stay in the country. Many foreign students would choose to study in other study locations if they cannot ensure that they will be able to complete their academic route, according to organisations such as EnglishUSA.

According to the government, DHS received 32,000 public comments on the proposed rule change, with fewer than 1% expressing support for the new rule. The regulation, according to the 99 per cent of commentators who oppose it, discriminates against particular groups of individuals based on their nationality and will “significantly burden” foreign and exchange students.

They further stated that the application fee for an extension of stay will “impose excessive fees and burdens” on students and researchers.

Alejandro N. Mayorkas, DHS secretary said, “Having reviewed the public comments received in response to the notice of proposed rulemaking in light of Executive Order 14012 (“Restoring Faith in Our Legal Immigration Systems and Strengthening Integration and Inclusion Efforts for New Americans”), DHS believes some of the comments may be justified and is concerned that the changes proposed unnecessarily impede access to immigration benefits.”

Twenty Republican members of Congress, state attorneys general from 21 states and the District of Columbia, and almost 80 Democratic members of the House and Senate have already called for the legislation to be repealed. In a letter to the Department of Homeland Security, the American Council on Education encouraged the agency to reconsider its “largely unworkable” proposal for 2020.

Sarah Spreitzer, director for the Department of Government and Public Affairs at the American Council on Education said, “In our first communication with newly confirmed secretary Mayorkas we had asked that the Biden administration take this step, in order to send a more welcoming message to our international students.”

“When this rule was originally proposed, we had submitted substantial comments on why the proposed rule was unworkable and especially inappropriate because it would insert DHS into decisions around whether or not international students were making satisfactory academic progress within a program of study.

She added, “The proposed rule would also apply unreasonable timelines on how quickly students would need to complete a program of study, with no guarantee that they could remain in the country to finish a program of study that they had already started.”

“Formally withdrawing this proposed rule is a good first step in communicating a more welcoming message to our international students seeking to study in the US.”

Extending the present dual intent policy to foreign students in F status will let them to stay in the United States after finishing their term of study, and establishing a straight path to lawful permanent residence will make the country a “more inviting” environment for international students.

The abolishment of the following rule will be a welcome change, owing to the fact that the perception of the USA as a viable study abroad destination has changed quite considerably due to a number of such rule changes imposed during the Trump era. You can read more about this below: