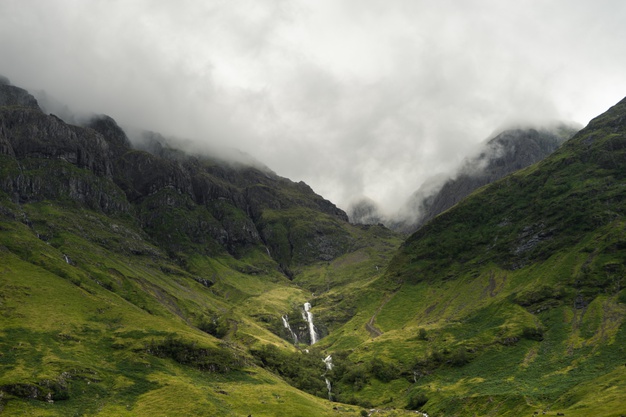 If you ever find yourself thinking about studying abroad in Edinburgh, Scotland, or even taking a trip there, I have taken it upon myself to name a couple of my favourite places in the city for you to visit—beginning with the Meadows.

The Meadows is my favourite area in Edinburgh. The University of Edinburgh, which is the school I am studying at this semester, is spread across the tight-knit city. The city truly does belong to the school; as such, the Meadows is a central location of the University. The vast expanse of the Meadows here is equivalent to the Trinity quad.

This space in Edinburgh is common land, owned entirely by the Edinburgh community. An interesting fact about the Meadows is that the public did not have access to the space until the mid-nineteenth century after more paths were added.

Most people are seen lounging around on the green terrain during the weekends or, more accurately, any time the sun is out. Countless paths weave through the Meadows, and a track encircles the field. This narrow track provides an excellent place to bike, go on a stroll with your dog, or even run with a few friends.

In fact, nearly 1,000 runners took part in the annual charity half-marathon, the Meadows Marathon, along with a five-kilometre-fun-run this past March. Once you are done with your choice of strenuous activity in the Meadows, it is common for people to grab a coffee or meal at the nearby food trucks.

The Meadows’ paths can connect you to anywhere you want to go in the city, and gorgeous cherry blossom trees line the main pathways, cutting in and out of the fields. Whether it be reading a book, doing a bit of homework, hanging out with friends, or kicking around a soccer ball, the Meadows is always a great place to decompress and soak in the beauty of your surroundings in Edinburgh.

My second favourite place to visit is Calton Hill. This hill lies just on the edge of downtown and offers a panoramic view of the city. With just a few flights of stairs, it is possible to overlook the gorgeous city that is Edinburgh. It is an immensely calming experience filled to the brim with people-watching from an advantageous, elevated perspective.

I like to sit on the hill and not only reflect on my day but distantly watch the bustling Princes Street just below, swarming with all sorts of activity. Calton Hill is arguably the best place in the city to watch the sunset, with the sun seemingly crossing the horizon directly atop the city. It is almost magical to watch the orange glow permeate the skies from this vantage point.

Even more, there are a few important historical monuments to observe on top of Calton Hill. One of these historical monuments is called the National Monument, which is an expansive and profound monument distinguished by its massive pillars. This structure is inspired by the Parthenon, a Grecian temple in Athens supposedly dedicated to the Goddess Athena.

Whereas the monument in Greece has four sides, this replica in Edinburgh has only one. It is thought that the construction of this monument was never completed, which is why only twelve columns remain today.

The National Monument in Edinburgh was created to commemorate Scottish servicemen that died during the Napoleonic Wars.

Another important historical monument that rests atop Calton Hill in Edinburgh is called the Nelson Monument. This monument was completed in 1816 to commemorate Admiral Lord Nelson’s death at the Battle of Trafalgar in 1805. A time-ball was placed atop this structure in 1852 to allow ships in the Firth of Forth to correct their timepieces. Six days a week at one o’clock, the time-ball drops.

Personally, I have only ever seen the outside of this monument, but I have heard it is possible to go inside and up the tower.

The final historical monument on Calton Hill, and one of the most photographed places in Edinburgh, is called the City Observatory. This temple was designed by William Henry Playfair in 1818, who took inspiration from Greek architecture.

In 1834, Professor Thomas Henderson figured out how to measure the distance between the stars and this structure as well as how to calculate the parallax: an astronomical measurement that differentiates the apparent position of a celestial object from two points, determining the distance of the body from the said celestial object.

Overall, Calton Hill is a beautiful place where you can enjoy the busy city from afar and honor important cultural monuments, making it one of my favourite places in Edinburgh.