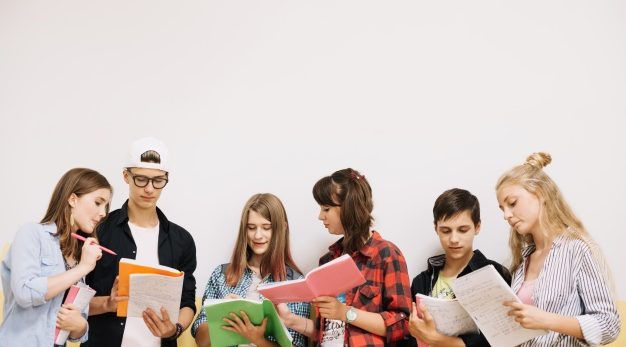 In an attempt to manage escalating financial aid spending (SU) for EU students, the Danish government declared earlier this year that it will reduce the number of higher education programs available in English.

According to them, an increasing number of students from EU and EEA countries are taking advantage of the chance to get Danish SU, resulting in an estimated increase in spending to DKK 570 million in 2025, significantly exceeding target levels.

International students studying English-taught top-ups and AP degrees in Danish University Colleges and Business Academies, on the other hand, have expressed concern that the new requirements will hinder them from earning complete bachelor’s degrees.

Nearly 4,000 people have signed a petition asking for the government’s attempts to be postponed. “I came to Denmark a year ago last September to start my studies in UCL in Odense,” said Dāvis Vītoliņš, a Latvian student who started the petition.

UCL is a university college in Denmark, where students must complete two distinct educations in order to obtain a bachelor’s degree. The first is an AP degree (academic or professional) that lasts two years, after which you complete a top-up degree. Students can take a different course with whichever top-up degree they prefer, according to Vtoli, and then graduate with a complete bachelor’s degree after one and a half years. “When I came to Denmark my intention was to come here and get the full bachelor’s degree and become a young professional and contribute to the Danish market afterwards,” he said.

“After the first year…a week before the holidays started, the Danish government released an announcement saying that starting in the year 2022 they are cancelling English study programs at university colleges and business academies, meaning that when I graduate from my AP degree next summer I will not be able to enrol in a top-up degree program in order to get my bachelor’s degree and become a qualified professional,” he said.

Vtoli said that in order to enrol in a Danish language alternative top-up course, he would need to study Danish to a level appropriate for higher education, which he believes will be challenging given the limited time (one year) until he begins his top-up course. “The options for me, ever since I learned about this arrangement from the government, I could learn Danish and try to make it in time to get my Danish up to C-1 level and enrol in Danish top-ups,” he said.

The cut is targeted at English language business academy and professional bachelor programs, according to the Danish government, because seven out of ten (72%) of students are English-speaking, and just one in five (21%) of these find work in Denmark after finishing their degree.

“However, the parties want to take into account the business academy and professional bachelor programs that succeed in educating English-speaking students for employment in Denmark, as well as programs that, for example, have a unique character or significance for the regional labour market.

“The parties to the agreement, therefore, agree to exempt approx. 650 education places from the reduction of English language education,” the government said in a statement.