A group of House Republicans have filed legislation to terminate a program that permits foreign students on an F-1 visa to stay in the US after completing their studies if they meet certain criteria. The ‘Fairness for High-Skilled Americans Act’ was proposed in the House of Representatives by Congressmen Paul A Gosar, Mo Brooks, Andy Biggs, and Matt Gaetz to alter the Immigration and Nationality Act.

Optional Practical Training (OPT) is a provision of the Immigration and Nationality Act that allows F-1 students to work temporarily in their field of study. They can apply for up to 12 months of job authorization before or after finishing their academic education. If approved, the bill will affect thousands of Indian students on F-1 student visas studying in the US.

“What country establishes a scheme, but now a law, that incentivizes firms to fire citizens and replace them with foreign employees in exchange for paying the foreign workers less? The program is called OPT, and it demonstrates a total disregard for our own employees, according to Gosar.”

OPT employee around 80,000 Indian students in the US, and Gosar claims that the program circumvents the H-1B quota by allowing over 100,000 foreigners to work in the US after graduation, he said that because F-1 visa holders are free from payroll taxes, they are at least 10-15% less expensive than similar American workers.

“Our government should not be incentivizing foreign employees over Americans at a time when American college graduates are trying to find work and many are loaded with student loans. He went on to say this terribly defective federal program should be terminated.”

Before it can be forwarded to the president to be signed into law, the measure must pass both the House and the Senate. Republicans would find it difficult to repeal the program since Democrats control both chambers of the US Congress.

“As our institutions formalize their roles in squeezing out opportunities formerly designated for American grads, landing that first job out of college will only grow more difficult for young Americans. As a result, the OPT must be phased out,” said Kevin Lynn, the founder of US Techworkers, a non-profit advocating for Congress to “protect” American workers.

To read more about the F-1 visa holders, click the link below: 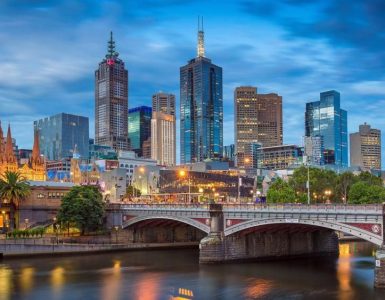