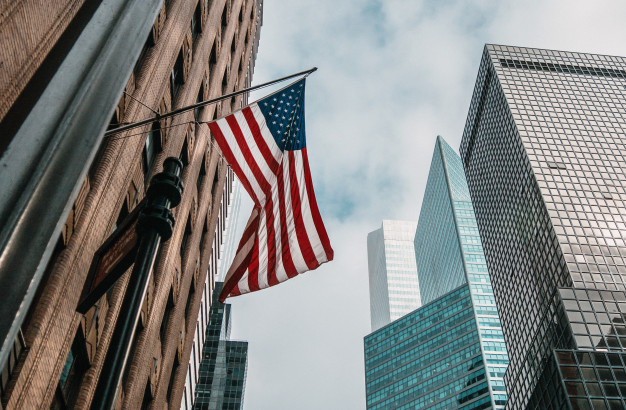 “What the general public doesn’t understand is the cost of food and the availability of food is hinging on immigration … The rest of the country is going through right now what farmers went through 20 years ago.”

In the late 1990s, Wisconsin farmer John Rosenow said he was unable to fill open positions with locals. In the back of a farming magazine, he found an advertisement from Amigos Incorporated, a now-defunct organization. The ad described the ease with which American farmers could hire hard-working labourers from Mexico for a fair wage plus one international bus fare for a couple of hundred bucks and helping them secure lodging.

The first who arrived was a man named Manuel. He worked 54 days straight milking cows, which helped prevent Rosenow and his wife from continuing to have to 96-hour work weeks since they had so few American applicants for Rosenholm Dairy in Buffalo County, which was homesteaded by Rosenow’s great-great-grandparents 11 miles east of the Mississippi River.

“Twenty-two or 23 years ago, we were in the same situation the whole country is in now — we couldn’t find people to work. So we went to Mexico,” Rosenow said. Of the prospective employees he found south of the border, he said: “Great people that want to work.”

Now, about half of the 20 employees at Rosenholm Dairy are Mexico-born. Whenever one quits — often to move back home after having earned more money in Wisconsin than they could have ever made at home — they are almost always immediately replaced by a relative of a current employee seeking a better life and willing to travel 1,400 miles to Wisconsin to pursue it.

“Every time an American quit, I would hire a Mexican. (Hiring) went from one of my biggest headaches to not a headache at all,” he said.

While it’s become more difficult to get Americans to accept difficult, menial jobs without great pay, immigrant labour is much easier to find. There is some truth to the cliché of “jobs most Americans just won’t do.”

“If we have some kind of decent immigration policy, it would solve the labour shortage we have right now. It’s as clear as can be. But everyone is so rampant about immigration, it probably won’t happen. We would all benefit and things would be better,” Rosenow said.

The Washington Post reported in September that the U.S. had approximately 10 million job openings, while fewer than 8.5 million Americans were seeking work.

At the same time, workers are resigning in record numbers. And though consumer spending has surged this year, businesses don’t have the people to meet demand — to cope, some companies are raising their prices.”

Farmers, advocates and some business leaders say it’s no surprise that the relatively few immigrants allowed into the country over the past decade preceded a widespread labour shortage.

Immigration and food, a connection
Historically, when the U.S. has needed workers, it’s rolled out the welcome mat. Most notably there was Ellis Island in New York Harbor, an immigration station through which 12 million immigrants passed from 1892 to 1954. The words inscribed at the feet of the Statue of Liberty, also on Ellis Island: “Give me your tired, your poor, Your huddled masses yearning to breathe free.”

This country was built by the sweat of people born outside the US — some who came willingly, others in chains.

Twenty-thousand Chinese nationals were instrumental in building the transcontinental railroad even while they were paid half the rate of their white counterparts — more than 1,000 died during construction — but then, after their essential work was completed and these workers tried moving into American cities, anti-Chinese riots arose leading to discriminatory laws and segregationist practices that still have an impact today. Slaves captured from Africa grew the South’s cash crops for centuries.

There’s a good chance the Wisconsin cow that produced the milk in your fridge was milked by someone born in Mexico.

To a reporter, Oconto County farmer Tim O’Harrow said: “I think your real story is how our overall population misunderstands how we (Americans) got to be where we are: and that is we are all immigrant-related.” O’Harrow said his ancestors on his mother’s side came were Swiss farmers and bricklayers before coming across the Atlantic Ocean; on his father’s side, they were farmers in Ireland who continued the family trade after landing in the U.S.

Rosenow, a Democrat, and O’Harrow, a Republican, have advocated both at the state Capitol in Madison and in Washington, D.C., for massive immigration reform — to make it easier for foreigners to get into the U.S. to work, to fill labour shortages, to find better lives.

“If voters elect politicians who pay attention to what is going on, we will get immigration fixed,” O’Harrow said.

About 40 per cent of dairy farmworkers in Wisconsin are immigrants, according to a UW-Madison study. Many, possibly 90%, of the country’s immigrant farmworkers are undocumented. O’Harrow’s farm was raided by immigration enforcement agents about 15 years ago; Rosenow has feared the same.

‘I have no choice … the cows have to be milked’

In 2017, Rosenow told Wisconsin Public Radio “If ICE (Immigration and Customs Enforcement) came in here and checked my employees and found that they were undocumented and those 10 people left, my next option, of course, is to close down…and try to find a market for my cows and sell out. And I wouldn’t be able to farm anymore and it would just about kill me. I have no choice. I mean the cows have to be milked. I know no other source of labour.”

“Law enforcement descended on our farm like wild dogs and treated one of our original employees like a dog, or less than,” O’Harrow said during a roundtable on immigration in Wausau in 2013 — when a supposedly pro-immigration president, Barack Obama, was in the White House, although the raid occurred under President George W. Bush.

From 2006 to 2014, Wisconsin dairy farms doubled their yearly hiring from about 7,000 to 14,000; a sign that family homesteads are going away and commercial farms — even if they’re still family-owned — are taking over the landscape.

Without more immigrants, who typically accept much lower wages than born-Americans, food costs will likely continue to rise both because of shortages and increased cost of labour. On top of that is the compounding issue of rural areas losing people while suburban areas grow.

“Between 2000 and 2010, Wisconsin’s population grew by 6%, but more than a quarter of Wisconsin’s 72 counties lost population. Most of the losses in Wisconsin and nationally were in rural areas where the main industry is agriculture,” the Wisconsin Center for Investigative Journalism reported in 2017.

Immigrants fill jobs throughout the food chain, not only in fields and milking cows.

According to the New American Economy Research Fund, immigrants make up about nearly three-fourths of food packagers — an occupation that has one of the highest risks of injury in the country despite pay often being below a living wage.

“Disruptions to the country’s food supply chains during the Covid-19 pandemic have refocused attention on the key role that migrant workers play in US agriculture, and legislation currently stalled in Congress could shore up the country’s farm workforce, including in Wisconsin,” Medill reported in August.

“The House of Representatives in March passed the Farm Workforce Modernization Act to provide a path to citizenship for many migrant farmworkers in the United States. If passed, the legislation would establish a temporary Certified Agricultural Worker status for undocumented farmworkers who meet specific requirements, such as previous agricultural work experience and continuous presence in the United States.”

As those proposals slowly move forward, the cost of food in the U.S. grows. The New York Times reported in October: “A case of peanut butter that was $13 to $14 before the pandemic now costs $16 to $19,” according to Alexandra McMahon, director of food strategy for the Gleaners Food Bank of Indianapolis. Green beans that used to retail for $9 a case now sell for $14.” That’s on top of an average 3.5% increase in food prices from 2019 to 2020, according to federal data.

When a reporter asked O’Harrow if he felt any politicians were paying attention to his advocacy for immigration reform, he burst out laughing. No, he has not felt heard.

“What the general public doesn’t understand is the cost of food and the availability of food is hinging on immigration,” O’Harrow said. “The rest of the country is going through right now what farmers went through 20 years ago.”

This story was first published on December 7, 2021, in The Journal Times.