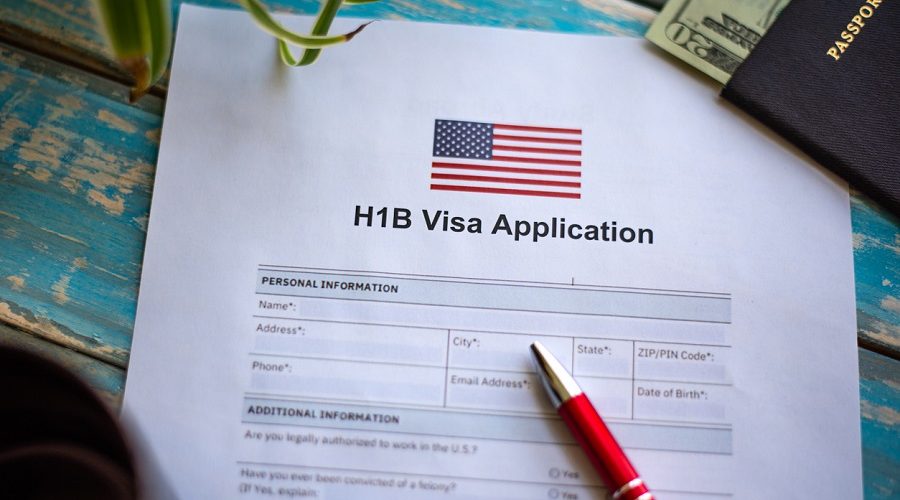 High salaries cost the IT industry as much as 55-60% of the total budget costs, with 20-30% of employees typically working on site and most of them relying on H-1B visas.

The U.S. Department of Homeland Security has delayed a law, issued in the last days of Donald Trump’s administration, which sought to change the existing H-1B selection process prioritized by salary levels. This is expected to benefit many IT companies in India and other H1-B visa beneficiaries.

The United States Citizenship and Immigration Services (USCIS) has said the 2021-22 registration process will begin on March 9 and continue until March 25, according to the current lottery system. This is the second year the e-acceptance process will be adopted.

According to immigration experts, the wage selection process would hurt IT firms, especially small ones, who may or may not want to pay higher wages for talent at the entry level.

High salaries cost the IT industry as 55.60% of total operating costs, 20-30% of employees are employed on a regular basis and most rely on H-1B visas. To reduce the impact of changing visa rules, IT companies have been hiring more in this area.

“Prioritization (H1-B visas) at wage rates could seriously hurt some of the world’s innovative companies as well as many hospitals and healthcare providers, research institutes, universities and other applicants,” Nasscom said in a statement.

“We believe it is important for the US to be able to find critical talent in the covid recovery phase. While Nasscom member companies have increased local employment and focused on their efforts to develop local skills, the visa system has closed a critical skills gap, making the United States more competitive globally, “he added.

The H-1B visa is a non-immigrant visa that allows US companies to hire foreign workers for special jobs that require technical or technical expertise. Technology companies rely on it to employ tens of thousands of workers each year from countries such as India and China. USCIS received 2.75 lakh registrations from sponsoring employers during the final period of filing last year.