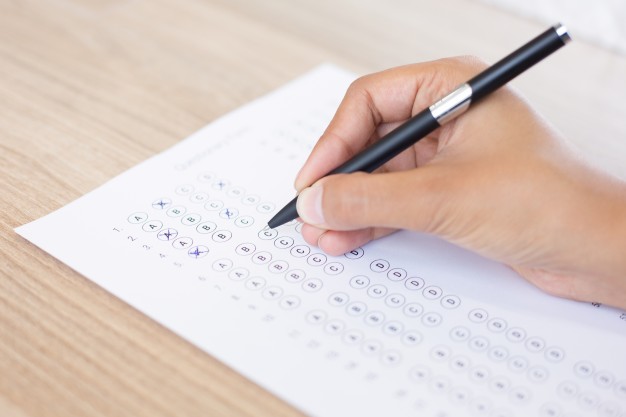 Studying abroad is a dream for many. Students all over India invest their time and effort to make sure that they can secure grades that will allow them to undertake education abroad, at the university of their choice, and in the country of their choice. However, each country exercises its own regulation regarding admitting students into foreign universities and expects a certain quality of education or level of English to have been achieved. This is the reason that there exist many standardized tests, which prove the test taker’s ability in the area of the purview of the test, whether it be English or logical reasoning. In this segment, we explore the main tests required in popular study abroad destinations, and what they test.

The IELTS (International English Language Testing System), PTE (Pearson English Language Test) and TOEFL(Test of English as a Foreign Language) are tests that ascertain the test taker’s ability and fluency in English. Each test is administered by different institutions and has its own merits. While the IELTS Academic is the test of choice for students wishing to study in most countries, the TOEFL and PTE tests are also widely recognized. However, it is best to check the requirements of your university of choice. A fourth test that has made its name in this pandemic era is the Duolingo English test, which is accepted by a number of institutions worldwide, and this number is steadily growing, due to the ease of administration and the online nature of the test.

Apart from these English proficiency tests, the SAT (Scholastic Aptitude Test) and ACT are two other very popular tests required for undergraduate admissions in most universities in the USA and Canada. These examinations mainly test logical, verbal and analytical reasoning and English ability. The SAT also has several other variants called subject tests, which may be required by specific universities, mainly in the Ivy League, or for STEM courses.

The MCAT (Medical College Admission Test) is a computer given an examination to be given by students wishing to pursue a degree in medicine in the USA and Canada. It tests the giver’s ability to solve problems, think critically, analyse and apply scientific concepts and principles. An alternative of the test required for admission into British universities is the UCAT.

The LSAT (Law School Admission Test) is a very popular testing system, which is administered over the course of half a day, mainly for admission into law schools in the USA and Canada. Some law courses in the UK require the LNAT, which is a similar version of the test.

To pursue an MBA or an MSc. in most of the popular study abroad destinations, you might be required to take the GMAT (Graduate Management Admission Test) which tests your English skills for admission in MBA and other management courses, or the GRE (Graduate Record Examination) for admission into other MSc. courses.